The production founded by George Lucas in 1970 has known how to adapt to the chronological changes in technology throughout all these years. In the past, numerous titles have been released for desktop game consoles. Now, we can gather a large number of mobile games, each one more interesting than the last.

When it comes to a popular and previously successful saga in the field of video games, it is not surprising that there are many titles swarming the internet that are not official products. It already happens with other franchises such as Harry Potter or Jurassic Park, where we find titles that are copies (and almost all poorly made), rather than a game with its own characteristics.

In these games about Star Wars it is a very particular case, since without the absence of copies by Google Play, we find an abundant wealth of totally official games. Much to blame is the number of developers behind this highly renowned franchise, such as Electronic Arts, Disney itself, Aspy Media or LEGO.

Are all the games free to play?

This is one of the negative points about the games coming from Star Wars. And is that not all games are available for free. Either because of the development that the game has involved or because of its ownership, they are established with a price to acquire it, especially if it is available on Google Play and not in another repository. However, there are some titles free to play very interesting to try.

All Star Wars games for Android

Unfortunately, not all games are found on the Play Store, so we need to turn to external sources to get APK files of some of the options. Either in the Google store in other repositories, we find the following Star Wars-based games for mobile phones.

We start with the EA title, which is an RPG and turn-based fighting that challenges us to collect our favorite Star Wars characters from all eras, including characters from the original trilogy and prequels, and animated series like Star Wars: The Clone Wars and Star Wars Rebels.

Star Wars: Knights of the Old Republic, Which is how this chapter is called, it is Bioware and Lucasarts’ critically acclaimed RPG originally released for PC and Xbox in 2003. It takes us back four thousand years before the Galactic Empire and hundreds of Jedi Knights have fallen into the battle against the Sith.

A very interactive game, but not as accessible as the others. It is a game focused on showing figures and scenes related to the saga in augmented reality. However, for this we are going to need specific virtual reality glasses, the control of the lightsaber and the tracking beacon to get the most out of this game. We can perform combat techniques and reproduce holographic animations.

LEGO has always had a special relationship with the world of Star Wars, since its editions for PlayStation 2. This title keeps the same essence, exploring mythical settings of the saga, assembling and disassembling pieces, and all that without missing that characteristic humor of LEGO dolls. The game is set in the chapter ‘The Force Awakens’.

With a ridiculous amount, it is a game that allows you to interact with the most iconic characters and relive the best moments of the Star Wars universe on 3 Star Wars-themed tables: Star Wars Episode V: The Empire Strikes Back, Star Wars: The Clone Wars and Boba Fett. All of this is combined with the classic pinball game, a hit that never fails.

Experience a world where you can collect and trade your favorite characters, weapons, spaceships, scenes from the movies, and much more of your favorite Star Wars characters, in the form of digital collectibles. It has practically all the episodes of the saga, from 1977 to episode 9 or The Rise of Skywalker. 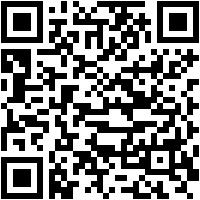 As the name of this game says, it brings us the complete games of Lego Star Wars: The Video Game and of Lego Star Wars II: The Original Trilogy, games that came out in 2005 and 2006 on PCs and game consoles. They include all six episodes of the Star Wars saga. Even graphically it is similar to those editions of yesteryear.

It is a strategy juice that draws heavily on Clash of Clans. Here we will have to choose in which side we want to fight, if we join the Empire or the Rebel Alliance. From there we will have to build and defend our base, recruit our army to lead epic battles throughout the galaxy, etc.

It is a tower defense game in which we have to strategically deploy our defense towers along the way to finish off the waves of enemies. Its main attraction is to be based on Star Wars, with its characters, history, settings and that we can select in which side we want to play.